Leesburg, Va. — The SkillsUSA WorldTeam received four Medallions of Excellence in the WorldSkills Competition Oct. 14-19. SkillsUSA represents the United States and sent a team of 11 to Abu Dhabi, United Arab Emirates, to compete in 10 skill categories during the 44th biennial event.

Medallions of Excellence are awarded to competitors who earn 700 or more points from a maximum possible 800 points. Recognized with a Medallion of Excellence were: Chandler Vincent from Price, Utah, in Welding; Krzysztof Zamajtys from Bohemia, N.Y., in Refrigeration and Air Conditioning; Asher Chicoine from East Hampton, Mass., in Plumbing and Heating; and Kylie Burkey from Bristol, Tenn., in Hairdressing. Vincent also received the Best of Nation award, given to the competitor with the highest points for each country’s team.

The students tested their skills against 1,251 competitors from 58 member countries working in 51 occupational areas. Competitors from 17 to 22 years old demonstrated their excellence in a variety of trade and technology contest areas. Considered “the best of the best,” contestants compete for four days in occupational skill areas from economic sectors including manufacturing and engineering technology, information and communication technology, construction and building technology, transportation and logistics, creative arts and fashion, and social and personal services. Accompanied by their teachers, trainers and industry technical committee experts, these young people compete before the public in contests that are run and judged by industry using demanding international standards. The competition brings together young people from around the world in their chosen professions. They represent the best students selected in local and national skills competitions for education.

Competitors earned the right to be members of the SkillsUSA WorldTeam by being members of SkillsUSA and by winning local, district and national contests in the SkillsUSA Championships program. Candidates then participated in an application and interview process. The selected members then completed a full training program to prepare for the WorldSkills Competition.

Members of the SkillsUSA WorldTeam who competed were:

SkillsUSA is a vital solution to the growing U.S. skills gap. This nonprofit partnership of students, instructors and industry ensures America has the skilled workforce it needs to stay competitive. Founded in 1965 and endorsed by the U.S. Department of Education, the association serves more than 300,000 member students and instructors each year in middle schools, high schools and colleges. This diverse talent pipeline covers 130 trade, technical and skilled service occupations, the majority STEM-related. More than 600 corporations, trade associations, businesses and labor unions actively support SkillsUSA at the national level. SkillsUSA programs are integrated into career and technical education through a framework of personal, workplace and technical skills grounded in academics. Local, state and national championships, designed and judged by industry, set relevant standards for career and technical education and provide needed recognition to its students. SkillsUSA also offers technical skill assessments and other workplace credentials. Additional information on the SkillsUSA WorldTeam is located at: www.skillsusa.org/competitions/worldskills/.

Over its 65-year history, WorldSkills International has come to symbolize the pinnacle of excellence in vocational training. It provides a unique means of exchange and comparison of world-class competency standards in the industrial trades and service sectors of the global economy. The continued growth of WorldSkills International attests to the fact that traditional trade and craft skills, along with newer technology’s multi-skilled occupations, make an essential contribution to the economic and social well-being of people everywhere. For more information, go to: www.WorldSkills.org.

#WorldSkillsUSA and SkillsUSA want to thank everyone for the support of this talented team. https://t.co/tVFcmLeVop
View on Twitter
4
7

WorldSkills USA @WorldSkillsUSA
3 months ago
#DYK the 2021 #WorldSkills competition will be held in Shanghai, China? Learn all about the host country and the competition here: https://t.co/bb54FS1AaR
View on Twitter
0
2

WorldSkills USA @WorldSkillsUSA
3 months ago
"The overall WorldSkills experience has prepared me for the professional world because I learned a lot of things during my training and while competing, that can help me in the future." - Mawadda Abuhamda, Cybersecurity competitor
#WorldSkillsUSA #WorldSkillsKazan2019 https://t.co/31FeQnvjAN
View on Twitter 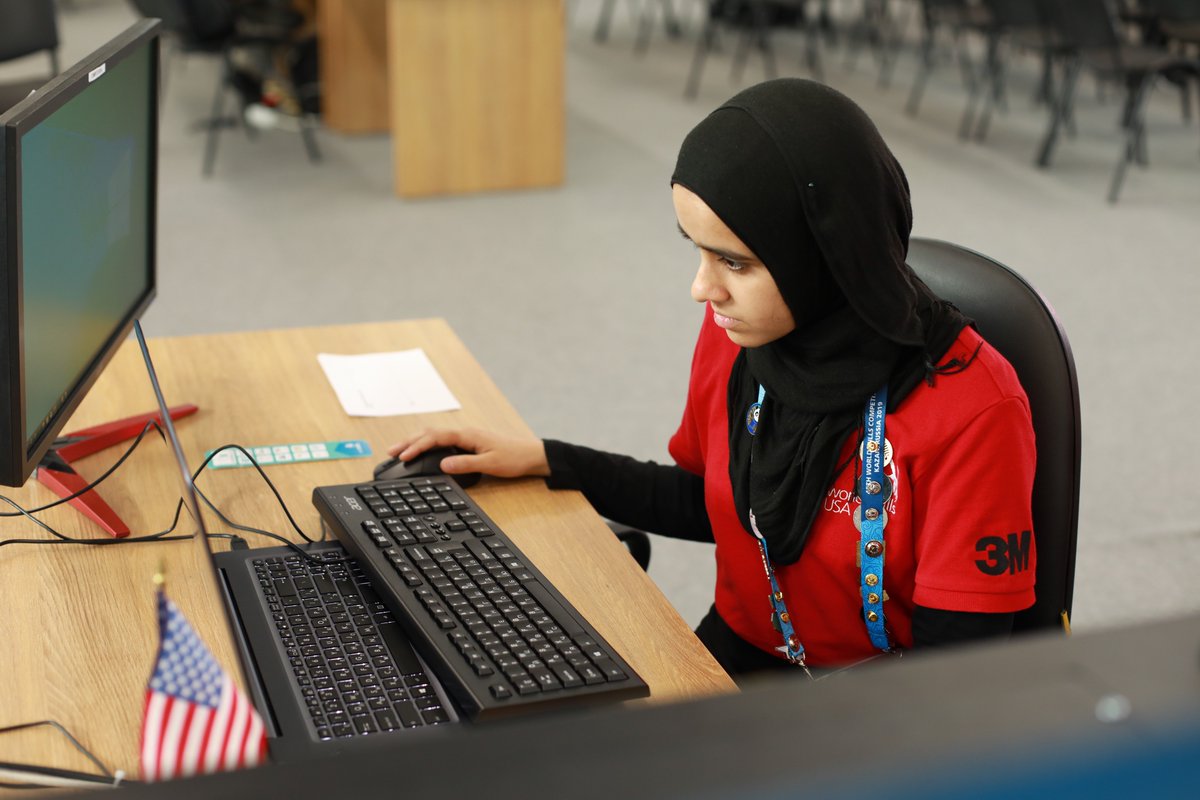 WorldSkills USA @WorldSkillsUSA
3 months ago
"When you go and compete at #WorldSkills, you learn that your fellow competitors are just like you. They represent the best of the best of their country in their skill. They also love and share the same amount of passion that you do as well for your skill." - Daylan Torres https://t.co/eXxo1vUWwD
View on Twitter 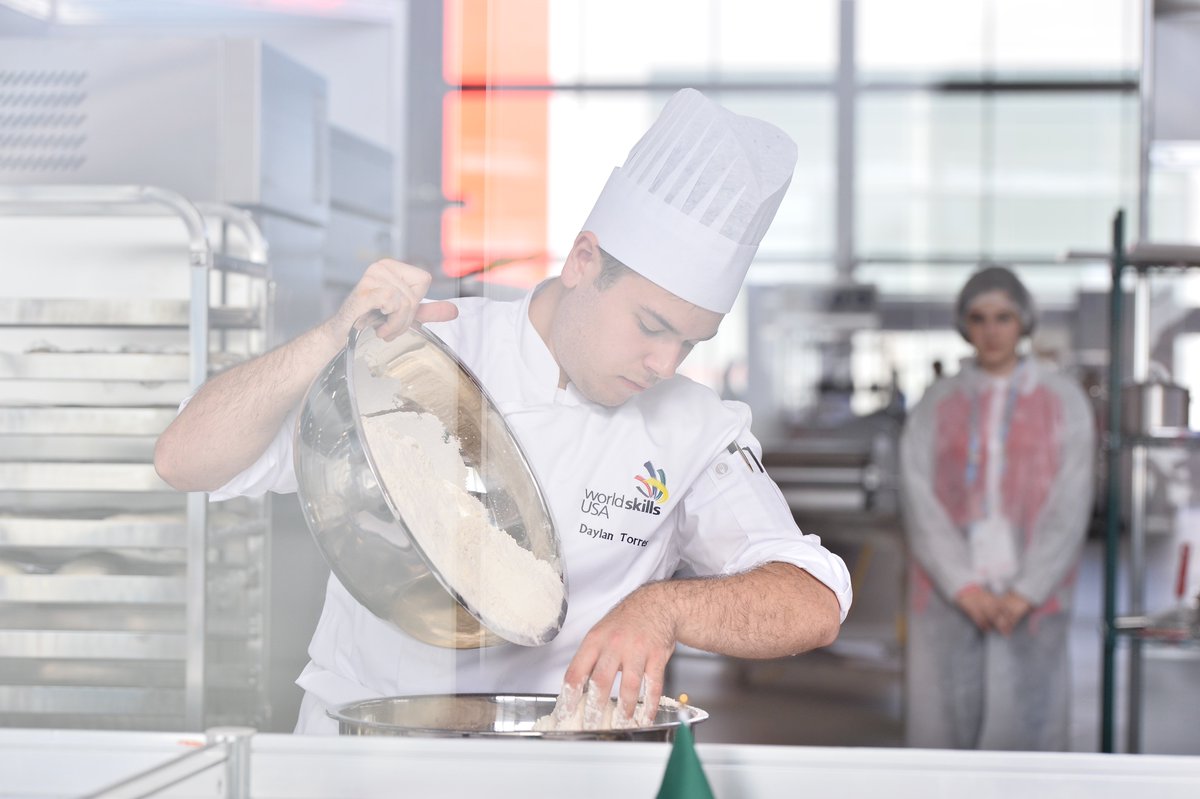